it runs off a battery, the main unit can move 2,400 gallons of water per hour but it doesn’t stop there.

when both the primary and secondary pumps are online the system can remove over 7,000 gallons of water per hour.

For as long as I’ve been in my house I’ve worried about and suffered from a flooding basement.

So far we’ve made a shallow trench around the perimeter, dug a sump, well covered the walls with polystyrene panels, install the drain dropped in a sump liner and put in the pumps.

the system we put in so far will collect and contain any water that gets into the basement.

Now our team have to create a way to get it out first two inch holes our board through the siding and rim joist.

Just above the basement wall there will be a pair of drain lines coming out of the basement.

One for the primary pump and a second for the backup unit.

Get a Waterproofing System Replacement. 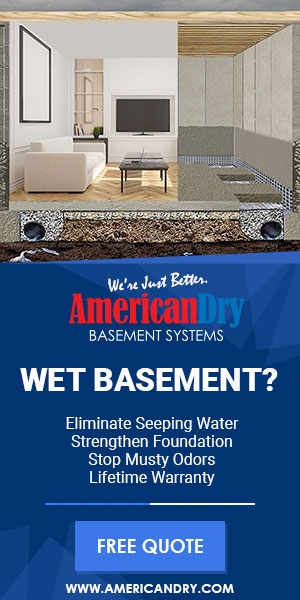